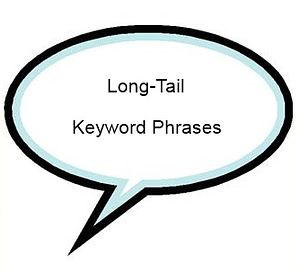 I was Faced with a Big SEO Problem

When I created my first website, one of the first and biggest mistakes I made was choosing keywords that were way to0 broad.

It was a basic computer site that provided general computer information for beginners and new computer users.

Speaking of computers, the word computer was one of those broad one-word keywords that I selected.

During that time I knew absolutely nothing about SEO and when I go back and review some of the things I did with my first site, it showed.

Now never mind that at that time there were much larger and well-funded companies on the Internet, like IBM, Microsoft, Dell and Gateway.

Never mind that there were several well-established PC sites already on the web such as “Tom’s hardware Guide” or “Anandtech“, I just knew that I would out rank them.

I was Ready to Give Up Completely

To make a long story short, I never out ranked any of those companies and never really got much traffic to my site either. So for a couple of years, I abandoned the site, just spending enough time to renew the domain name and the service.

After renewing the quarterly service, I stumbled upon a book titled “SEO Book“, written by dude named Aaron Wall and began reading up on what was called SEO which was short for search engine optimization. In a nutshell it was the art of making tweaks and subtle changes, as well as applying basic, but proven techniques to your website to help it rank better.

One of the things the book talked about was selecting words that your site could actually rank for and appear on the first page of search engines such as Google, Yahoo and Bing.

What are Long Tail Keywords?

Long tails keywords are those word phrases that are longer and more specific, generally 3 or more words in length.  For example, “Car” vs. “Sedan” vs. “Black 2010 Audi A8L for sale”. As you can see car would be way too broad and too competitive. Sedan would not be specific enough, but “Black 2010 Audi A8L for sale” would be exactly what someone looking to buy might type in.  While long tail keywords may have lower search volume, on the plus side they:

As many as 70-75% of most searches that occur online are log-tailed in nature.

The End Result of My Revised Keyword Strategy

Guess what? My traffic went up dramatically and I actually started making money, I was on to something.  Now-a-days, I only try to rank for long-tail keyword phrases, usually 3 to 5 words in length. I use a combination of Google AdWords tool, SEO Keyword research tools and plain old common sense.

How to Use SEO Keywords More Effectively on Your Website